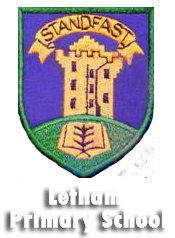 P7 have been really lucky; we have another mini topic for this week...

Last week Mr Dudding told us that we were planning, running and advertising a sports relief event on Friday 18th March, 2016, which is Sports Relief day.

First, in co-operative learning groups, Mr Dudding challenged us to decide what events we wanted to organize. Next Mr Dudding split us into teams so that we could arrange the activities and organize the events day. This were to would include:

What is happening behind the scenes?

P7 had to create a PowerPoint all about Sports Relief and what we were doing for the whole school! We all had to work together in our teams to do this and present it to the school on Monday.

We have been planning this for almost a week now and made it our 'topic in a week' so we also did a French lesson on Sports People with Miss Summers. We learned how to say what country you're from and what nationality you are - in French obviously.

The 'media' group, responsible for this advertisement as well as lots of other jobs, had to phone the PA and Courier - this was a lot of fun.

"Me and Connar were both feeling a bit anxious when the man on the phone asked us who we wanted to speak to!" TeeJay

"I was feeling nervous about the phone call. It was the first time that Mr Dudding (or any teacher) had told us that we were in charge of the phone calls too!" Libby

The 'obstacle course' group, were planning about how they were going to turn an inflatable obstacle course into a game, so they decided that they would make it so that the pupils will be doing it one at a time, in a continuous loop and the amount of runs would be the points. The rules would be that you would not abuse the equipment, and you would have to make a line on the bench and if there was any mucking about then the next person would not be allowed to go until any carry on stopped. The class with the most amount of runs would get  a prize at the end. The categories would be P1-P4 and P5-P7,

We are very excited to be have been in charge of this event and we cannot wait until we can host this with the whole, entire school on Friday, partly because it is likely to be the last thing that we get to organize before High School!We hope that everyone dresses up as there favourite sports star (remember your £1 donation) and we would love for you to bring money for the bake sale at tuck too.

Updated by Ellie and Keira